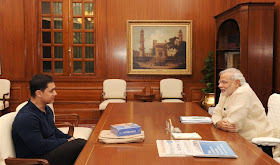 Aamir Khan had last week said he had "great expectations" from Modi and asked people to cooperate with the prime minister. 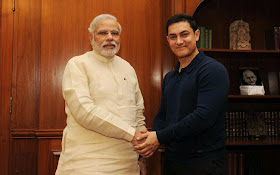 "Modi Saheb has talked of benefiting people, especially the poor and bringing happiness to their lives. We should be cooperative with him so that he achieves his goal," he had said in Bhopal on June 16.

"People and I have great expectation from Modi Saheb," he said.

Its known that bollywood was divided into two parts pro and against modi, during the Narendra Modi campaign.
Share